I was thrown out of Melbourne’s signature university as a direct consequence of my skill in accumulating ‘F’ grades. That’s not ‘F for Fail’—though it certainly is well below the plimsoll line of the Good Ship Success—but the F at the end of the series A – B – C – D – E – F. It doesn’t go any lower.

Most of those fails were not surprises. One exam I spent the first fifteen minutes (the ‘lock-down’ phase when no-one is allowed out) writing Lou Reed song lyrics in the exam booklet. If the subject had been 20th Century Literature I might have got a few marks but in fact it was a Maths paper and the examiners were evidently not fans. For a later exam I apologetically signed my name at the bottom of a blank page. It was a Monty Python reference, but once again the audience was unmoved.

The real crunch came at the half-way point of the final exam: Ocular Anatomy. Part one of this test was a series of microscopes set up around the benches of the lab. Each instrument had a slide containing a cross-section of some part of the eye. The sixteen students in my Optometry cohort sat around the benches writing about what they saw down the microscope and moving themselves and their exam booklet to the next slide when a bell rang.

Ding! Move to the next microscope. Scribble scribble… Ding!

Now I referred to sixteen students a moment ago and indeed, that was our number. But only fifteen were scribbling. One was moving from station to station with a blank exam script and a slightly worried frown, wondering what all the pink squiggly things were. Even then it did not really dawn on me that I was in trouble. It was more a nagging sensation that all was not well. Breathtaking blindness.

The light-globe moment—and it was a 150 Watt flashlight—occurred during the break, as the Professor explained to us how the second part of the examination would proceed. The oral part of the exam. The exam where you walk, on your own, into a room with three Professors and they ask you questions about Ocular Anatomy. Out loud.

They are going to ask me questions. I will not have any answers… No answers AT ALL.

Houston, we have a problem.

“Exc…” I cleared my throat. It was dry and scratchy. “Excuse me Professor, but I won’t be participating.”

I glanced around the group. Didn’t really make eye contact with anyone, though I noticed that several mouths were slightly ajar. My smile was an unconvincing grimace. “Good luck,” meaning goodbye.

I walked out of the building and into late Spring sunshine. Stared at a well-tended garden bed, slightly dizzy and faintly nauseous. Saw flowers but felt pit-of-stomach blues. Then I walked out of the University of Melbourne and down Swanston Street. 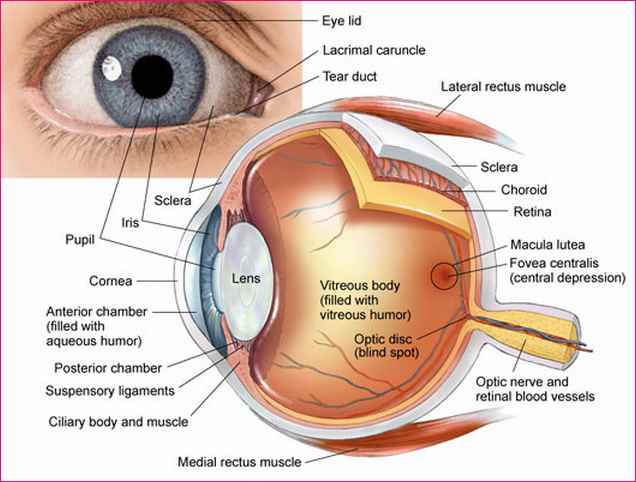 Feature image: “One” by Alex Grey 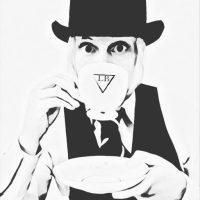 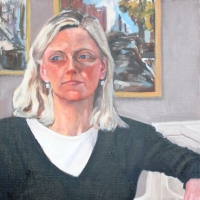